A passion and family history ! 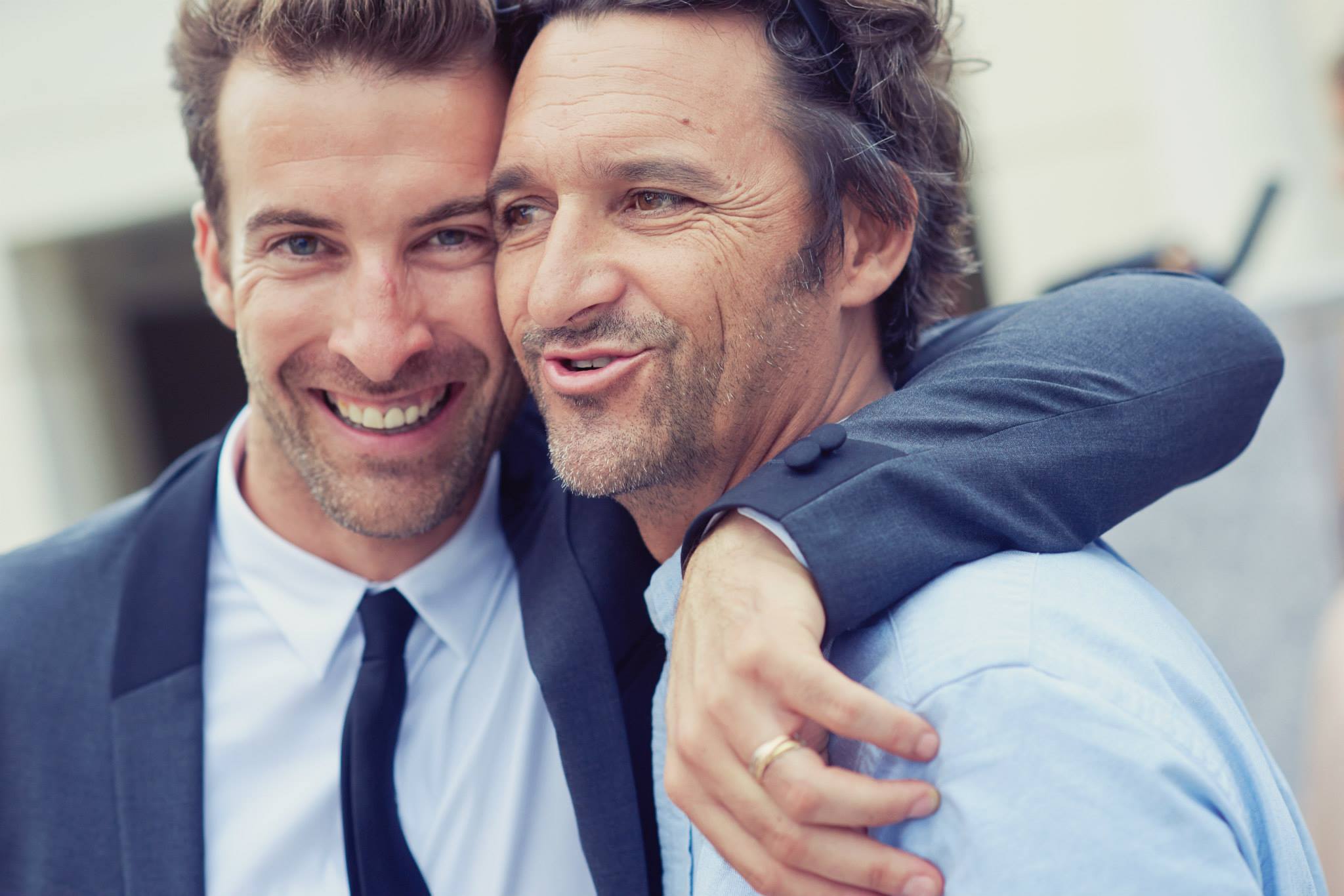 They met some time ago, when Olivier used to hang out at Chris’s board shop in Perpignan, France. It was one of those instant friendships that we find so rarely in a lifetime. Chris, who was a bit older than Olivier, used to help him find sponsors, snowboards and gear. In exchange, whenever Olivier would be standing on stage accepting a win for his snowboarding excellence, he would proudly show off stickers from Chris’s shop: “BTR shop” to help promote the business. As life took its course, the two went their separate ways. Olivier became a qualified snowboard instructor so that he could pass on his passion for snowboarding, and Chris eventually sold his shop to go on an international adventure with his stand up paddle project called “Redwoodpaddle.” When their paths crossed again some years later their friendship was just as strong as back in the day when they would spend endless hours in the shop, talking about their dreams and aspirations for the future. This time around they decided to combine those ideas; it was now time for Chris and Olivier to make their very own snowboard brand. They used Redwoodpaddle’s direct sales business model in order to keep prices fair while creating a brand new board style that would set them apart from all the other snowboard companies.

Then it all began, endless factory visits, testing, prototypes, more tests, more prototypes… designs, (simple and clean: we all like to hear that), a few more tests and then finally: approval of the boards! All the wood cores of their boards come from forests whose wood is FSC certified, which is a label guaranteeing that forests are managed in a responsible and sustainable way. Such natural resource management is essential for Stone.

“I began snowboarding in 1990 in the Pyrenees when I was eight years old. For some reason skiing never really interested me. I started out with soft binding boards and then eventually transitioned to hard binding. I don’t mean to be “that guy” when I say this, but those really were the best years for snowboarding! I started competing with the Angles Club 66 (my region’s professional team) I loved the atmosphere right away. Let’s just say we had coaches who actually knew what they were doing. Right away I was accepted by the second largest snowboarding brand in the world and that’s how the love affair with snowboarding began. It influenced all the decisions I made during my formative years, including school. My parents understood and respected my passion completely, and for that I will always be grateful.

Not too long after, I met Chris Defrance who was the founder and owner of BTR shop! I used to hang out at his store because he was the only one who I felt was up-to-date with what was current, and actually listened to what I needed. He shared my uncontrollable passion for riding. I was an up-and-coming young rider getting sponsored by the brands that he sold. Thanks to him I kept up contacts with some awesome sponsors. Then we went our separate ways, Chris continued on with BTR, but let’s be real, the man had a million other ideas going on. I stopped snowboarding just before 2006 to take over my father’s company. Six years had passed working for the family business and I couldn’t do it anymore, there were too many sharks in the business world. I rode the mountains, not the ocean!

I wanted to help others to learn what I love, and in France you have to ski to get your snowboarding instructors license. I was not about to give in. Instead I decided to go to Switzerland to get certified for teaching snowboarding, and yeah you guessed it, no skiing required. I’ve learned that life is a constant process of starting all over again. Anyways, 3 years in Switzerland was enough for a man raised by the Mediterranean: it was time to return home!

Faced with more projects (including those crazy life ones) we decide to throw ourselves into the deep end and see what would happen. This was in 2015... (2020, I'm a dad of a 6 year old boy & a girl of 18 month old with a perfect wife. Lucky boy ahaha !  Chris is a daddy of 2 big girls & one new baby girl, many things have happened in such a short space of time). I don’t know if you’ve heard but skiing is really popular now… the new split board ski market is going through the roof. This is great for overall economic growth, but what’s the snowboarding community supposed to do if there are no improvements being made for us?

Let’s be real, going down a mountain on skis just because that’s the “new thing” when you’re a snowboarder at heart just feels wrong. That’s why we’re here to help you; the products we’re putting out into the market are new shapes using new materials and designs that you can’t help but love. We produce in Europe just 2 hours by plane from home.

We work with NBL SPORTS in Poland, because of their outstanding transparency. The main focus is minimalism. No more eyesores called “art” all over your snowboard. This is about riding, not about getting your eyes checked out by an optician because you can’t read the graffiti on your buddy’s’ board. I promise you your vision is fine, he has no idea what it says either. Our designs are about simplicity. Stone Snowboards is the first snowboard brand straight from the Pyrenees. We are born to ride.”

“I started snowboarding in 1985 with two slabs of wood, a little fiberglass, some resin, and old piping. I’ve always loved engineering my own sliding apparatuses, originally with windsurf boards, SUP boards. I was never good enough to go pro, but I always wanted to be a part of the culture. To do this I took a different approach, I got the official certificate to coach sports, worked sales in surf shops, and then became a shop owner myself. It has and always will be my life! This profession has helped me make unreal connections, but Olivier and I have known for a long time now that we’d end up working on something together… So there’s our story, and we love it. We travel, surf, have fun, and more importantly we love what we do.”

After just six months running the business together, Chris decided to focus on Redwoodpaddle, because it was growing so fast, and Olivier took over the running of the brand. That was January 2016 and Stone Snowboards has been going strong ever since!!!

Thanks for joining us on this amazing adventure! Feel free to contact us:

has been added to compare.
has been removed from compare.
Continue shopping Compare